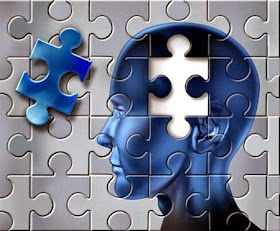 Some time ago, maybe 15 years ago,
I read a story about a brain researcher
who had a vivid memory of being
a young child in England during WWII.

Around the age of 20, he recounted
his memory to his mother, of bombs
dropping and his neighborhood being
destroyed-- then his mother corrected
him. She told him that while those events
certainly did happen, their whole family
had gotten out of England, and were
hiding safely in the country somewhere
else in Europe at that time. The young
man was in disbelief from what his mother
was telling him because his memories
were so clear and so real.

This event shocked the bright young man
so much that he studied psychology and
the brain at university, and went on to
research memory and the effects of trauma
and suggestion. His false memory became
the catalyst for his life's work.

Now imagine for yourself some traumatic
instance that sometimes haunts you, or
even some sour memory of how someone
insulted you or did you wrong. Admit to
yourself that your mind may be inflating it,
or if radical enough, that it may not have
happened at all. Think you were abducted
by aliens ? Eh, probably not.

The point of this exercise is to root yourself
in the now. The past can really hamper
your ability to be all you can be. What
really matters is "the now."